Nestled between the vast Pacific and the storied shores of its sparkling bay, San Francisco is a vibrant and dynamic city where generations have pursued opportunities to study, work, and follow their dreams.

The Arc San Francisco, a nonprofit in the SOMA district tucked behind a flower-filled front yard on Howard Street, is there to make sure that adults with developmental disabilities have access to the same opportunities as everyone else.

“They were there for me,” says Gaby, a woman living with disabilities who has been coming to The Arc for years. Through The Arc’s continuing education program and career services, Gaby attended City College of San Francisco and has a job that she enjoys and support from a job coach.

Gaby was even in a production of the musical Grease that The Arc put on for the community. Through these programs, Gaby has built a network of social ties and meaningful relationships.

“My favorite part of The Arc is interacting with my friends there, our parties, the dances we have once in a while,” Gaby shares.

With this access to school, jobs and recreation, Gaby is able to forge her own independent path with, not in spite of, her own unique abilities and perspectives.

Esther Landau, Senior Director of Advancement at The Arc San Francisco, explains that the organization’s mission is centered around partnership and facilitating independence.

“The mission of the Arc San Francisco is to partner with adults with developmental disabilities as they design their futures and transform our communities through lifelong learning and self-determination,” Esther says.

Esther emphasizes that the organization’s mission is relevant to everyone, because of the people we meet each day and the paths our own lives may take.

“People with disabilities are all around you,” Esther says. “We are all, if we live long enough, going to come to some part of our life where we are not ‘independent.’”

We are all, if we live long enough, going to come to some part of our life where we are not ‘independent.’

Access to jobs and learning opportunities is just the beginning, Esther explains. The Arc’s clients still face the daily challenge of getting from Point A to Point B on their journeys to independence.

Gaby says she’s also faced discrimination and hostility while taking the bus and train. “I’ve had somebody question me about why I'm sitting in the disabled seating,” she recalls. Gaby says she was forced to explain to the person that she indeed has a disability.

“One of the things that happens when you have a disability is that you're deprived of your choice,” Esther explains. “In terms of what you do, what you wear, what you eat and when you get up, when you leave the house, I mean, you're so limited.”

As part of its work to continually expand clients’ choices and access to opportunities, The Arc is working with the autonomous driving technology company Waymo to understand how its service could support autonomy and independence for adults with disabilities.

“I think autonomous vehicles can be helpful in addition to the services that are available for people with disabilities,” Esther says. “If you're not able to drive a car yourself or you can't afford a car, for whatever reason not comfortable taking public transit or it's not safe for you to do it by yourself, the opportunities become more and more limited.”

Waymo has long been partnering with and working with advocates to include people with disabilities in its technology and product design process and Waymo’s accessibility work has been recognized by the U.S. Department of Transportation. Waymo launched the Waymo Accessibility Network in October 2022 to expand its longstanding collaboration with disability advocates.

Waymo’s ride-hailing service Waymo One is designed to be a cautious, vigilant driver that obeys road rules, respects other drivers and pedestrians, and never drives impaired.

Gaby, who took a ride with Esther in a Waymo vehicle in San Francisco, says she was impressed with the ride.

“The Waymo was really nice,” Gaby shares. “I can see myself taking these rides whenever I can.”

Esther says she was impressed with the ability to follow along during her ride through a screen while she rode in the vehicle.

“It was fun to watch the screen and watch the progress and note the bicyclists or pedestrians and see how the car was responding to them,” Esther recalls. “It definitely added to my comfort level with the idea of these cars being on the street without a person behind the wheel.”

Esther says The Arc’s work with Waymo is an extension of the organization’s commitment to partnerships.

“I feel it is very natural with Waymo because there is the possibility for this great resource for our population,” she says. Through its day-to-day work of empowerment and collaboration, The Arc’s vision for inclusion is continually rippling outward.

“What I hope for the world at large is to recognize that there is great value to giving care to other people and to receiving care,” Esther says. “ We all need each other.”

What I hope for the world at large is to recognize that there is great value to giving care to other people and to receiving care. We all need each other. 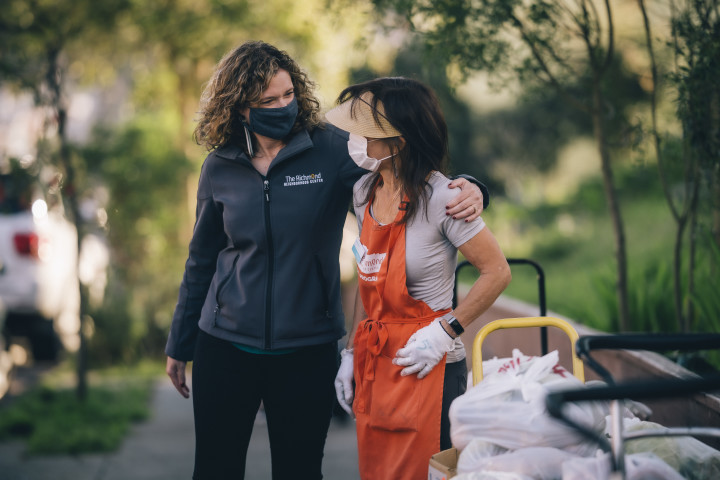 The Richmond Neighborhood Center, a nonprofit in San Francisco, shares how Waymo's fully autonomous vehicles could help scale their food delivery services, connect community, and drive their mission of creating a city where everyone can thrive and live for generations. 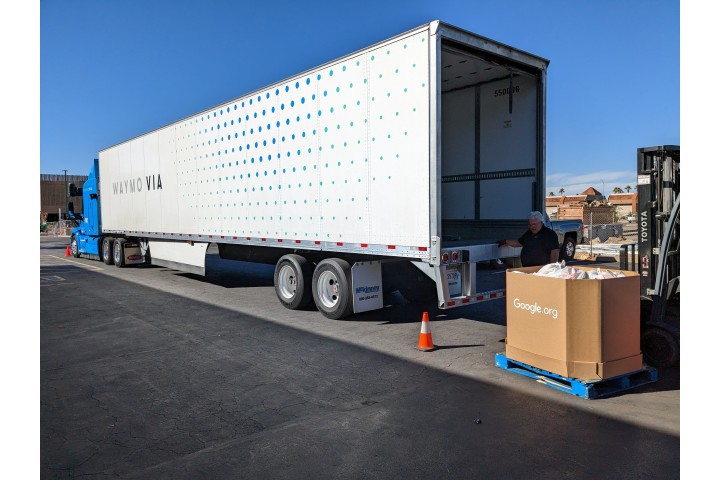 From Meals to Presents and Letters, Waymo and Local Nonprofits Team Up to Check Off Community Wish Lists During the Holidays