Sahl remembers the day when she was 17 or 18, during a routine ophthalmology appointment, when she asked her eye doctor if she would ever be able to drive. All her friends were getting their licenses and enjoying a new sense of independence. Legally blind in one eye and nearly blind in the other, Sahl longed for the same freedom.

“My doctor was so kind,” Sahl, who is now 21 and lives in Sacramento, recalls. “He put a hand on my knee and said ‘It can’t work out that way.’”

Sahl went home, had a good cry, and tried to accept the reality. But somewhere in the back of her mind, she never really let go of the dream. Occasionally she would research technologies that might help her drive - like special glasses - but nothing panned out.

Then, years later, bored one Saturday afternoon during the pandemic, Sahl had an idea. She had begun making videos on TikTok, sharing personal stories about what life is like for someone who is visually impaired. Her content was gaining followers and authentic engagement. Sahl had an audience, and suddenly she knew exactly what she wanted to do with it.

“I was like, I'm really, really done with this whole not being able to drive thing. I'm like 20. I want to be independent, go out on my own,” Sahl explains. So she took a leap of faith and made a video saying she knew there were autonomous vehicles out there and she wanted to learn about them herself.

“I said, ‘I know that there's a way for people like me to get around without being dependent on other people’,” Sahl explains. “‘I need to know. I believe they're called Waymo.’” Sahl laughed it off and posted the video thinking nothing would happen.

“Within 24 hours, it literally went viral,” Sah says. “It was on Twitter... all over TikTok.” People she hadn’t seen in years were contacting her. Then, within 48 hours, Sahl had received a message from Waymo. “They're like, ‘we saw your video. We'd love to connect with you,’” Sahl recalls. “And I almost fainted. I was like, ‘oh my God, this is not happening.’”

Sahl and Furwa take a ride with Waymo in Arizona

Fast forward a year, and Sahl is flying out to Phoenix, Arizona with her sister Furwa to take a ride in a Waymo fully autonomous vehicle. Waymo operates a fully autonomous rideshare service in Phoenix.

“Coming out here, trying this, it feels like a full circle moment in my life in general. All I did was take a leap of faith and trust that somehow the opportunity would present itself, so it's one of those meant to be kind of moments. I'm a huge believer in meant to be.”

The two sisters are excited when the vehicle pulls up and their ride begins. They marvel at the details of the trip; how the vehicle greets them and waits until they get settled and press the start button to begin the ride.

“If you don't look in the driver's seat, you wouldn't know that nobody's in there,” Furwa says, amazed at how she can see everything happening around the vehicle on a small screen. “If you look on the screen it literally shows you everything that's real-time, some car just pulled up behind us, like this is crazy.”

Sahl is amazed at the ease of the ride. “I don't know why I'm expecting the Waymo to not be as smooth as a person but it's actually smoother,” she says.

After the ride, Furwa says she was surprised at how natural the ride felt and how the car followed all the traffic laws. “I was expecting a rocket ship-type of thing and when we were in the car, I was telling Sahl that, ‘This is underwhelming in all the best ways.’”

In the year before Sahl came to Arizona, she spoke regularly with Waymo representatives to learn about how Waymo is making its fully autonomous driving technology accessible to those with disabilities. Sahl says she believes Waymo’s work represents a step forward for technology accessibility.

“I feel like visually impaired people, or people with any disadvantage are always an afterthought. But we're getting there, slowly but surely, with the work that Waymo is doing. The autonomous driving technology that Waymo is putting the effort to bring forth, and to normalize, and to make accessible, is absolutely huge.”

Autonomous driving could bring sense of freedom, independence for people like Sahl

Sahl believes fully autonomous driving could one day help her - as well as other people with disabilities and those who cannot drive for any reason – freely get from place to place without having to rely on other people.

“It would change things a lot because I wouldn't have to go to my sister and say, ‘Okay, take me here, take me there.’ I could say, ‘I'm going here’ and that's it,” Sahl explains. “It could change the script.”

Sahl says she wants to enjoy the sense of freedom and independence of having control over her own mobility. “To feel independent and feel like I can do what I want... I want that freedom,” Sahl explains. “I want to rely on nobody except myself because everybody wants to grow up and be self-sufficient.”

Sahl said she feels both a sense of freedom and security while riding in a Waymo vehicle – two feelings she said rarely feels at the same time. With safety as a foundation, Waymo is designed to follow traffic laws, remain constantly vigilant, differentiate other road users, and even predict what they may do next to make the safest decisions for everyone on the road. 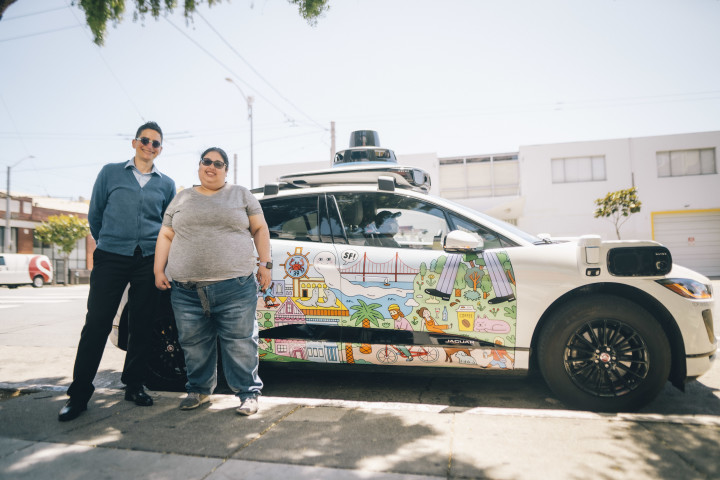 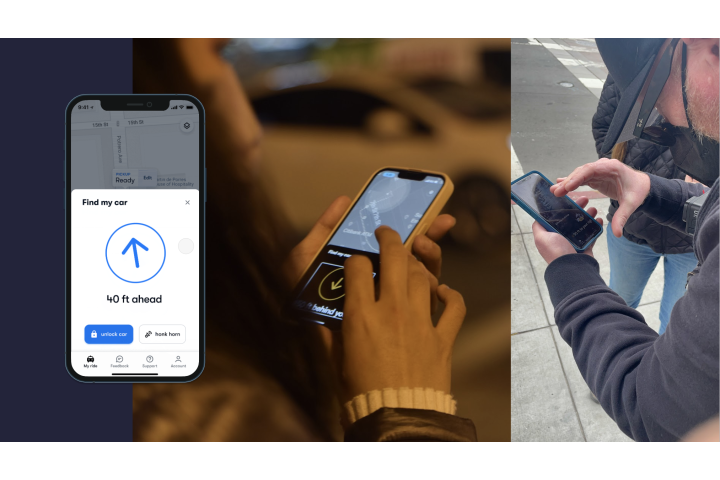