When Max thinks about his childhood growing up in Phoenix, he thinks of it as fairly normal. He played kickball in the backyard with his cousins and tag in the neighborhood with the neighbor kids. He played tee-ball and dreamed of becoming a Major League baseball pitcher.

But while he would grow up to climb Mount Kilimanjaro, Max always knew on some level there were certain specific things, like playing baseball, that he couldn’t do.

When he was born, no one noticed anything different about Max. "Eventually somebody noticed that my eyes weren’t following people when they moved," he says. His parents took him to multiple eye doctors. Finally, the diagnosis was confirmed. Max was blind.

He was three months old. 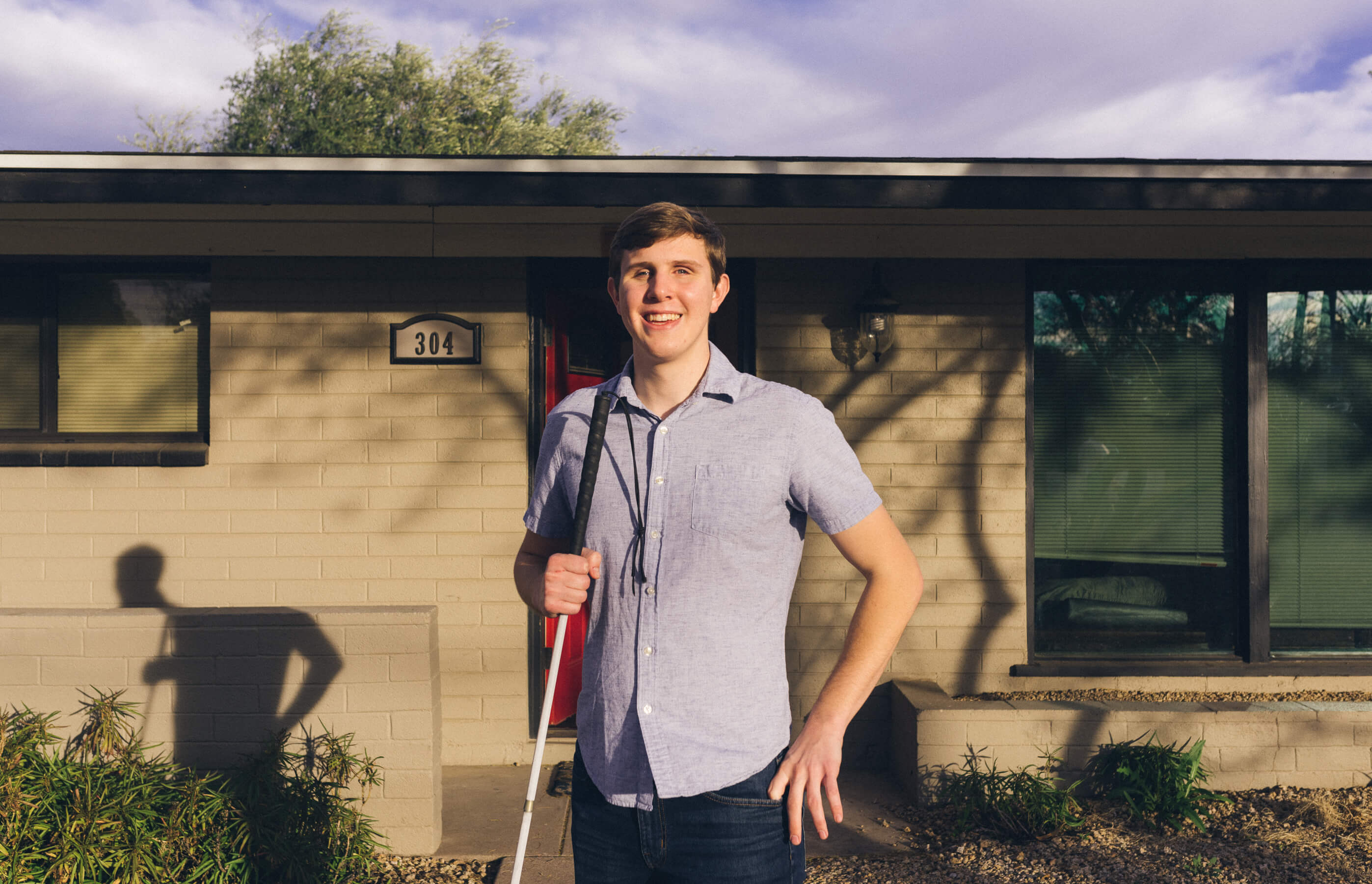 At that point, Max said his parents got advice that would steer the course of all of their lives. “They said ‘contact the Foundation for Blind Children,’ and literally the next day, they were on my parents’ doorstep.”

People from the Foundation for Blind Children taught Max’s parents how to help him navigate the world using sounds and touch. At the Foundation’s preschool, Max learned to read braille and use a cane to get around. He learned about technology that can assist people who are blind in incredible ways.

Would you be able to move around independently if you could not drive?

Now, at age 22, Max made his love of history pay off as a teacher at Brophy College Preparatory in Phoenix, the same high school he attended, as did as his father and grandfather. As he walks across campus, people greet him warmly. Watching him in class, it’s immediately clear that he not only loves what he does, he’s also a teacher students really admire.

Outside of the classroom, Max goes out, hangs out with his friends, and jokes with his roommates. He exudes warmth and confidence wherever he goes. He loves hanging out with his girlfriend, Lilian, who is also a teacher. He doesn’t love that he always has to ask her to drive.

"A significant challenge of being blind is the issue of transportation, because I can't drive."

“She says that the worst thing about dating me is that she has to do all the driving,” Max says with a smile, adding, “which I think is a good thing, that that’s the worst thing.”

Lilian agrees. “I actually don’t like driving at all.” She says self-driving cars could change all that.

Fully self-driving cars like Waymo can handle all the tasks of everyday driving while allowing passengers to stay passengers.

“If Max had the option of self-driving cars, he wouldn't have to rely on anybody for a ride,” Lilian says. “He would have his independence back, which, as an adult, we all want.” Lilian adds that she would enjoy having the option not to drive, and Max would enjoy not having to ask her to.

Max agrees, because although he has hiked the Grand Canyon and swum from Alcatraz to San Francisco, he can’t drive himself to the grocery store.

“I need to rely on others for that basic requirement of life,” Max concedes. “It’s limiting.”

Where would you go if you could move around independently for the first time?

In class, Max teaches his students about the Industrial Revolution. “The entire world and every aspect of society was flipped on its head,” Max explains. He believes today’s emerging technologies are changing the world in the same way.

“The potential of self-driving cars is just limitless,” Max tells us, noting they would give him freedom he doesn’t have now. “I could completely take control of every aspect of my life.”

Max adds that people who are blind face significant transportation challenges in cities like Phoenix where public transportation is limited, most people drive, and the streets are wide. 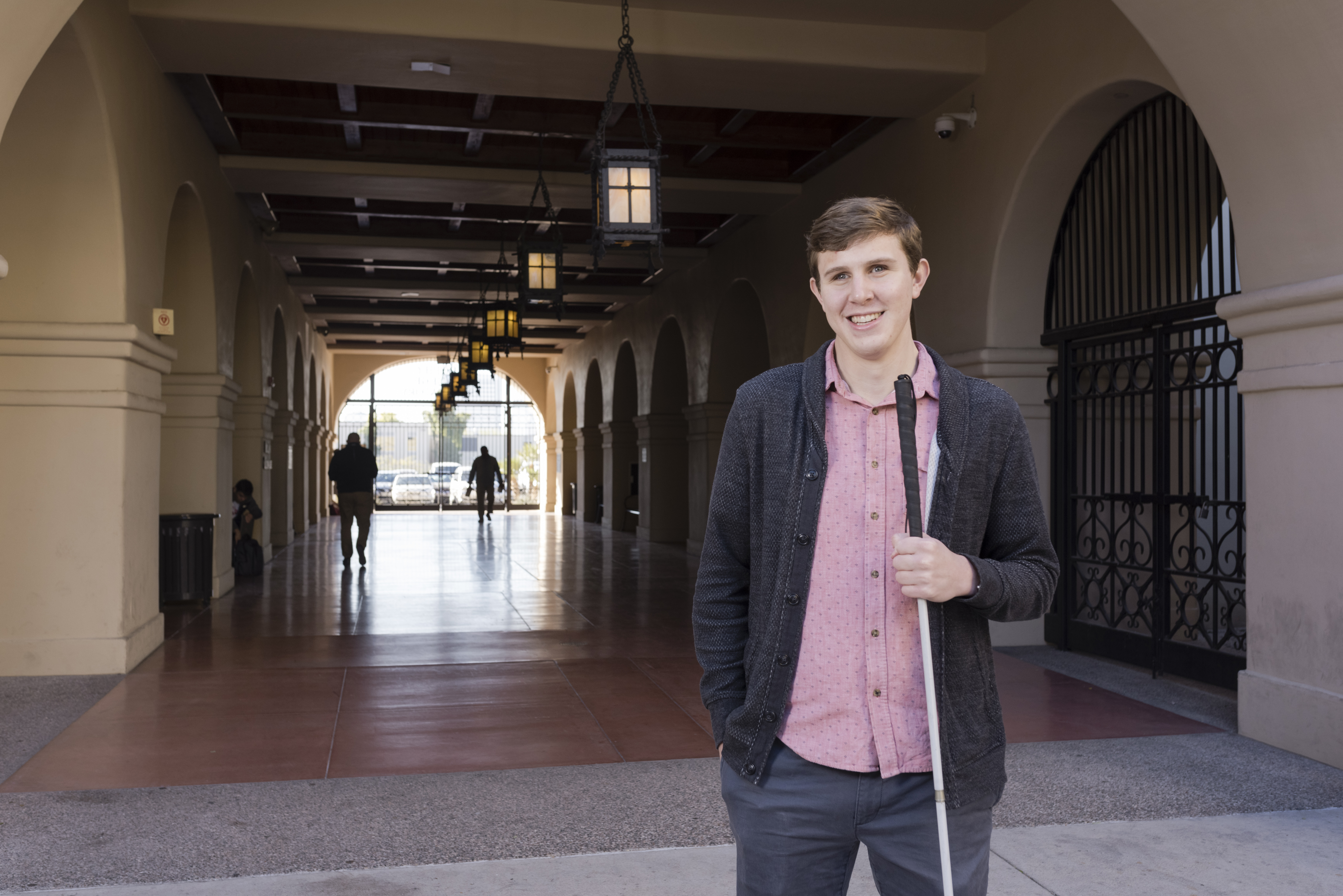 An estimated 1.3 million people in the U.S. are legally blind.

With self-driving cars, Max could enjoy mobility independence, either by himself or with other people, and no one would be obliged to drive or to ask for a ride.

Max says that would make his life not only easier, but also better.

“Self-driving cars can add that freedom that I don't have. From a self-esteem level that would be great and from a practical level that could be life-changing.”

Max and Lillian standing beside a Waymo 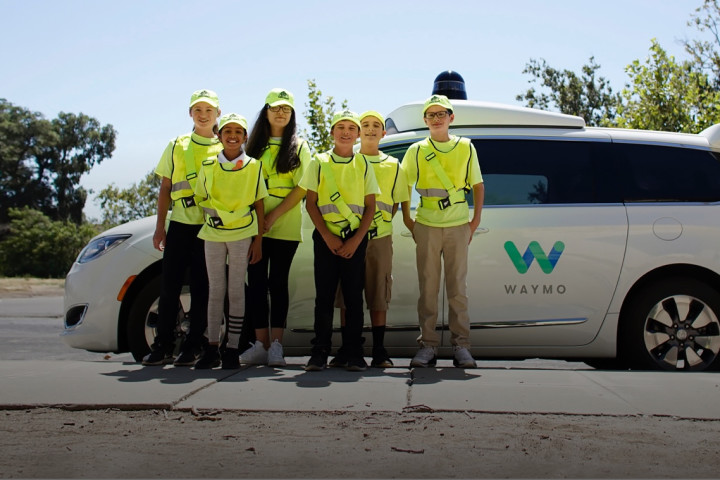 This is how young safety leaders feel about autonomous driving

Students from the AAA School Safety Patrol program at Martin Elementary School in San Francisco made a visit to Waymo’s closed-course testing facility to see fully self-driving cars in action. Here’s what they had to say.

In 2018, we shared our plans to work with Valley Metro, the Phoenix Metro area’s regional public transportation authority, to explore mobility solutions in a first-of-its-kind study that would use autonomous driving technology to complement the city’s existing transit network.

At Foundation for Senior Living, we’re committed to improving the quality of life for seniors through home and community-based services and affordable housing to promote health, independence and dignity for all.