The conversation about fully autonomous driving technology is richer with more voices and perspectives. It’s why Let’s Talk Autonomous Driving warmly welcomed the Southern Christian Leadership Conference (SCLC) to our campaign in 2021.

The partnership invites thought leaders to help shape the conversation around fully autonomous driving technology’s potential to improve mobility equity. With that goal in mind, Dr. Charles Steele, who is president and CEO of the SCLC, and Doris Crenshaw, founder & CEO of The Southern Youth Leadership Development Institute (SYLDI), traveled to Arizona to take their first fully autonomous Waymo One ride.

Dr. Steele and Ms. Crenshaw, who wanted to experience Waymo One for themselves, said they believe the technology could expand mobility options and improve safety for the communities they’ve worked with their entire lives, and for the public at large.

While the technology is still in its nascent stages of commercialization, autonomous driving technology has potential to advance mobility equity by expanding options for people who live in transit deserts to reach their destinations. The technology could also improve road safety, especially for people of color who are disproportionately killed in traffic crashes, according to the Governors Highway Safety Administration (GHSA).

“We're making history right here in this car,” Ms. Crenshaw said as she took a ride with the Waymo Driver in Arizona, where Waymo operates an autonomous ride-hailing service. “This is the next phase of the whole question of transportation.”

Dr. Steele agreed. He said he appreciates being able to ride in it himself so he can be part of the conversation shaping the technology.

“In order to build a house, you have to start on the ground floor, you can't start at the roof,” Dr. Steele said. “I want to be at the base, the foundation, and that's what this presents. I welcome this opportunity.”

Transportation equity is an issue of access, Ms. Crenshaw emphasized. Many people of color live in neighborhoods without safe and efficient access to work, school, and healthcare, i.e., routes to wellbeing and economic opportunity.

Dr. Steele said that fully autonomous driving technology could help people access opportunities and participate by removing obstacles and giving them more ways to make it to their destinations.

“Ninety percent of success is the fact that you showed up. So many people can't show up.” Dr. Steele said. “This is an opportunity for people who have been disenfranchised to be included.”

Another urgent area of transportation equity is road safety. While road safety deteriorated for everyone during the pandemic, that change didn’t affect everyone equally. The number of Black people killed in traffic crashes rose 23% in 2020 compared to 2019, according to the National Highway Traffic Safety Administration, while the number of White people killed increased by just 4% during the same period.

“I'm very concerned about public health in terms of automobiles and transportation,” said Dr. Steele. “I see so many accidents that could have been prevented.”

Waymo’s autonomous driving technology is designed to obey speed limits and respect all road users, including cyclists and pedestrians.

Dr. Steele and Ms. Crenshaw take a ride with Waymo

Ms. Crenshaw said she didn’t know what to expect when she got into the Waymo vehicle, but said the ride was smooth, it obeyed speed limits, and she liked how the car is designed to drive respectfully and intentionally.

“It made conscious decisions… which is different from the people who drive me, and me driving myself,” Ms. Crenshaw said. “It actually is a better driver than I would ever be.”

She said she was also impressed by how the Waymo Driver slowed down to stop as it approached a yellow light instead of speeding up.

“What do we do?” She asked, referring to human drivers when they see yellow lights. “We accelerate, and that causes a lot of accidents. That blew my mind.”

“We're talking about something that's going to prevent a lot of emergencies, in terms of accidents and fatalities,” Dr. Steele said, emphasizing that technology like Waymo’s can be continually evolved to become safer and safer. “It goes back to the technology being advanced and continuously being worked upon.”

Dr. Steele said he hopes that all communities will have the ability to learn about and experience fully autonomous driving technology for themselves so they can be part of the conversation.

“It’s here, it’s reliable, trustworthy, and all segments of society can be involved.”

Ms. Crenshaw agreed, and believes more people should experience the technology for themselves.

“I want to know how many other people we can get into these cars so they can experience this and become advocates, because it's a much-needed technology.” 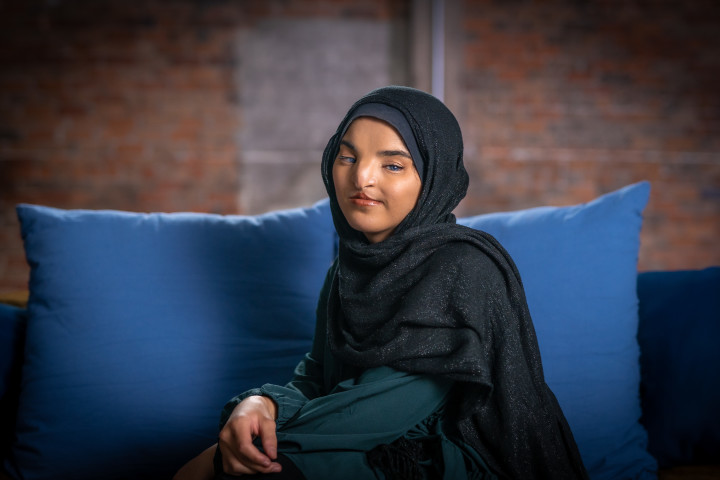 A Woman With a Dream of Autonomous Driving Takes a Chance on TikTok, Ends Up Riding With Waymo

After sharing a TikTok that went viral about wanting to ride an autonomous vehicle to improve her mobility, Sahl reflects on her expereince riding in a Waymo.

Approximately 77,000 people in Arizona have epilepsy, one of the most common neurological conditions in the world, according to the Epilepsy Foundation of Arizona. For children like Travis who may or may not be able to get their license one day, Anderson said autonomous driving technology could give them another safe mobility option.

Partnered with Epilepsy Foundation of Arizona