October is famous for pumpkins, Halloween, and all things fall… but did you know that it’s also the month when National Teen Driver Safety Week is recognized each year in the United States?

National Teen Driver Safety Week began October 20th! Our organization, Students Against Destructive Decisions (SADD), was founded with a mission to empower youth to protect their own safety, but we believe teen driver safety matters to us all, regardless of whether you are a teen, have a teen in your family, or simply share the road with teens.

At SADD, we believe knowledge is power and teens and all people can use information to make more informed decisions. This is why we are so excited to partner with Let’s Talk Self-Driving to not only share a few surprising data points about teen driver safety, but also share practical tips for what you can do.

Listen up! Here are the top 6 things you may not know about teen driver safety… and suggestions for how you can personally take action to minimize risk.

1. Motor vehicle crashes are the leading cause of death for teens.

Did you know that, in the United States, motor vehicle crashes present a greater risk to teens’ lives (from age 15 to 18) than all other types of injury, disease, or violence? Many of these crashes are due to unsafe decisions by teens, such as drinking and driving or driving impaired (under the influence of marijuana, recreational drugs, or prescription drugs).

The deadly combination of less driving experience overall, impairing substances, and unsafe decisions all combine to exacerbate the risks to teens.

Be aware of the heightened risk to teen drivers’ lives on the road and share your knowledge. Set a good example by driving as if your life depends on it: focused, free from the influence of any substances, and constantly vigilant. Remind others to do the same. Share your knowledge that driving under the influence of impairing substances such as alcohol, marijuana, or prescription drugs can have deadly consequences.

2. Too many teenagers still aren’t buckling up.

There is absolutely no doubt that seatbelts save lives, yet many teens still aren’t buckling up. That goes for both teen drivers and their passengers. More than half (60%) of all passengers (539 total) killed in vehicles driven by teen drivers in 2017 were not wearing seatbelts at the time of the fatal crash.* In cases when the teen driver was also unbuckled, 87% of passengers killed were also unbuckled.*

Buckle up every time you are in a vehicle, in the front and in the back, no matter who is driving. Wear seatbelts in rideshare vehicles and taxis, and show teens -- and adults! -- that it is very important to do the same.

In our increasingly “connected” society, our devices are ever-present and exert an irresistible pull to interact and engage online at all times of the day, everywhere. We’re all distracted – adults, teens, everyone. Part of it is the way our “smart” technologies are built. Even things like dashboard touch screens and talking on the phone while driving – even through in-vehicle technologies – can present deadly distractions that even most adults may not be aware of. Even a hands-free conversation can lead to “inattention blindness”.

Avoid talking on the phone, eating, and using devices while driving – at all – including touch screens. Talk to your teen about how even adjusting settings on the dashboard or having hands-free phone conversations can be distracting and deadly. Review the distracted driving laws in your area (PDF) – different states have different laws – and note how they vary based on the type of call (handheld or not) and the experience-level of the driver. Follow rules yourself and inform teen drivers about the importance of doing the same.

4. Speed is a factor in more than a quarter of fatal crashes involving teens.

Speeding is a huge risk on our roads, making crashes more fatal and reducing the driver’s ability to control the vehicle. In fact, more than a quarter (27%)* of all teen drivers of passenger vehicles involved in fatal crashes were speeding at the time of the crash (in 2017). Males were more likely to be involved in fatal speeding-related crashes than females.

Obey all posted speed limits and encourage others to do the same. Explain why: speed is a deadly factor that we can control, at least for our own vehicles. Why not control it?

5. As the number of passengers increases, so does the danger.

6. Driving at night is a risk factor, in and of itself, for all drivers.

How fully self-driving technology could help

Waymo self-driving vehicles never drive drunk, under the influence of drugs, or distracted and can see 360 degrees around the vehicle (and up to three football fields away in a single direction) at all times, day and night.

And like teens, the more miles Waymo vehicles drive, the better they get at driving!

Join us to learn more about how Waymo’s fully self-driving technology has the potential to improve safety on our nation’s roads. 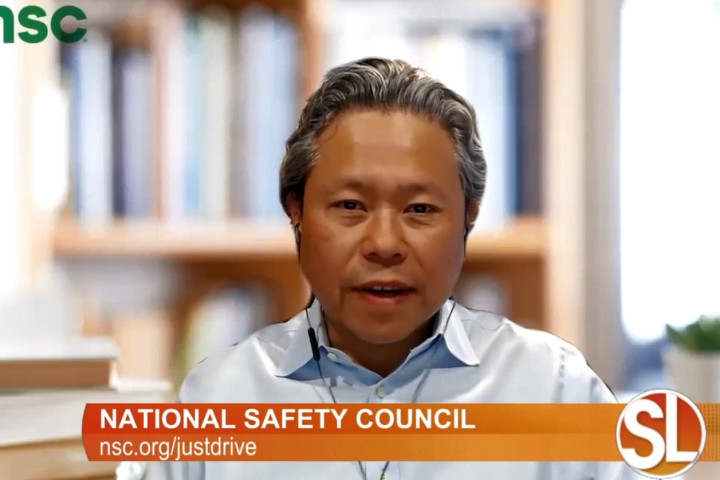 Raising Awareness About the Dangers of Distracted Driving

April is Distracted Driving Awareness Month, a time established by the National Safety Council (NSC) to raise awareness about the dangers of distracted driving. Speeding Crisis Intensifies During the Pandemic

The global COVID-19 pandemic has resulted in more people working from home and fewer cars on the road, but that hasn’t led to an improvement in road safety, according to a news release published by the Governors Highway Safety Association (GHSA).