Every year, new teenage drivers get behind the wheel for the first time. If you’re a parent, this can be an exciting and scary achievement. Getting a driver’s license is a step toward independence, but driving-related crashes remain the leading cause of death for teenagers.

For a variety of reasons, more Americans are now waiting longer before getting behind the wheel. Still, a quarter of all 16 year olds and more than half of all 18 year olds have a driver’s license.

Let’s Talk Autonomous Driving worked with Students Against Destructive Decisions (SADD) to answer some of the top questions from parents about teen driver safety below.

How safe is it for my teen driver to be on the road?

Statistically, driving is one of the most dangerous activities for teens.

Driving-related crashes are the leading cause of death in teenagers (ages 15 to 19), according to the CDC. Many of these crashes occur because of reckless driving behavior, driving under the influence, or distracted driving.

In 2017, 2,364 teen drivers (ages 16 to 19) were killed in car crashes, and another 300,000 received medical attention in emergency rooms for injuries sustained in a car crash, according to the CDC. Of all fatal crashes, 15% involved teen drivers under the influence of alcohol.

How you can help:

Set a good example. Be aware of the risks related to teen drivers. Educate teen drivers in your life about the ways they can be safe, including limiting the number of passengers in their car, turning off their phone while driving, and adhering to traffic laws. Emphasize the importance of buckling up while driving and talk to your teen driver about prioritizing safety behind the wheel.

What are the main causes of teen driver-related car crashes?

There’s a familiar expression that says “an ounce of prevention is worth a pound of cure.” To that end, it’s crucial to understand the root factors contributing to crashes involving teen drivers. Leading causes of teen driver-involved crashes fall into eight danger zones:

Seat belts represent an important breakthrough in a long continuum of life-saving, in-vehicle safety innovations, but some teens still aren’t using them. In 2017, 46% of teen drivers killed in crashes were not properly wearing a seat belt at the time of the crash, even though seat belts save lives.

Many teen drivers involved in fatal crashes were also under the influence of alcohol or marijuana, both of which impair judgement while driving. Distracted driving, including touch screen dashboards and talking on the phone while driving, can also be deadly distractions.

How you can help:

Teens are impressionable and look to older adults for insights into decision making. First and foremost, you can influence teen behavior by consistently modeling safe driving behavior yourself. Avoid distractions while driving, including talking on the phone, using devices, and adjusting in-car settings. Educate your teen and those around you of the eight danger zones related to car crashes, so that you and your teen can avoid these situations. Review the distracted driving laws in your area and set a good example by acting accordingly.

What can you do to prevent teen injuries and fatalities due to crashes?

Educate yourself and your teen on the ways that you can be better, safer drivers. Make sure that your teen knows the dangers of driving under the influence, driving with too many passengers, driving at night, driving distractions, wearing a seat belt. Talk with them about their ideas about the ways in which they can be safer drivers.

Review your state’s Graduated Driver Licensing law and familiarize yourself with the laws that teens must abide by when driving.

You can also point teens to educational resources such as this virtual self-guided road safety curriculum, created by Let’s Talk Autonomous Driving partners  Waymo, MADD, and SADD, so they can learn about road safety and the future of transportation.

When will my teen be able to ride in a car with autonomous driving technology?

In the future, autonomous vehicles could provide a safer transportation option for teens while they are learning to drive and while improving the safety of all road users, including passengers, cyclists and pedestrians. Waymo’s fully autonomous technology is designed to be constantly vigilant, obey speed limits, and anticipate what other road users might do next before making safe driving decisions.

While autonomous driving technology company Waymo operates a ride-hailing service in Metro Phoenix, any rider under the age of 18 must be accompanied by an adult passenger.

Learn more about how vigilant and courteous driving can be built into fully autonomous driving technology by design, holding the potential to make the roads of the future safer.

Are there any resources I can share with my teen? 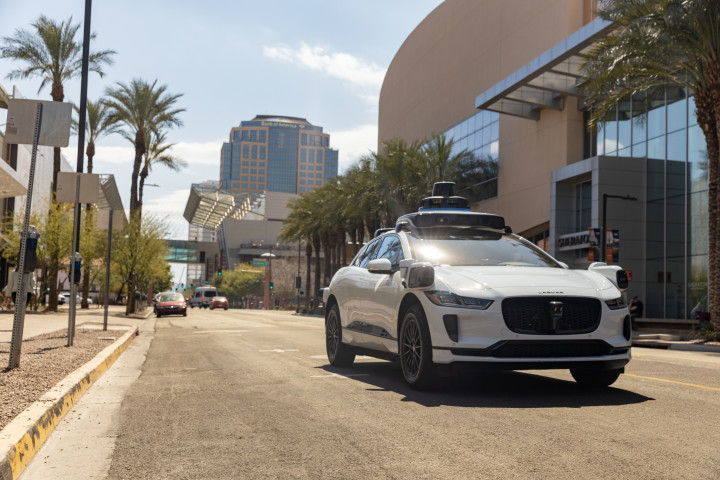