Although people have traditionally been somewhat skeptical or cautious when it comes to new technology, history shows that humans are more comfortable with automation than we might think. The more we understand about something, the easier it is to recognize its benefits.

Our own research shows that the better people understand a technology, the more they are likely to embrace it. Based on a recent survey conducted by Let’s Talk Self-Driving of more than 200 Phoenix residents who identified as well-informed about self-driving technology, nearly three in four respondents said they support self-driving cars on local roads. Phoenix is a great case study for self-driving acceptance because companies like Waymo have been operating on local roads since 2016. Not only are Phoenix residents used to seeing self-driving vehicles, but some are active riders. In 2017, Waymo first invited Phoenix residents to participate in its Early Rider Program. A year later, Waymo launched its ride-hailing service, Waymo One, through which more than 1,500 riders experience the potential for this technology first-hand every month.

Accepting a new technology is truly a journey, and history proves it.

Here are innovations in automated transportation from the past century that initially raised eyebrows but now form part of our everyday lives.

Once operated and controlled by an attendant, elevators have evolved to be the epitome of automation today. They are operated with a button, can sense if a passenger or object is in the doorway, and automatically stop at the right floor. Today’s generation of smart elevators even offer passengers a more efficient and quicker ride while minimizing building energy consumption.

It’s now hard to believe that when “driverless elevators” were first introduced in 1900, passengers were reluctant to use them. Design features, such as a phone that allowed riders the option to call for assistance, if necessary, helped users become more comfortable with the then-new “driverless” elevator ride.

While the use of pilot-assist technologies by major airlines is a complex issue, it is important to note that hundreds of individual safety technologies have, together, helped pilots reduce the fatality rate in commercial aviation by 83% between 1998 and 2007, according to the public-private initiative called the Commercial Aviation Safety Team (CAST). These technologies range from digital maps and pilot situational awareness assistance to many different advanced warning features.

While many people may not realize it, people have been riding on driverless metro trains for years. Washington D.C.’s red line train is automated, except for a human driver who controls the opening and closing of doors. Six countries in Europe are home to 13 automated metro systems, most of them in Italy and France, where Europe’s first automated metro system opened in 1983 in Lille. When it comes to automated railway lines, Japan became home to the first driverless train in Kobe in 1981, and Germany plans to test automated regional passenger trains in 2021.

Partially automated systems have been a part of the driving experience for many years. An early application of the technology that has come to be known as cruise control was brought to market by Chrysler in 1958. Nevertheless, The Economist reported, as recently as 2001, potential skepticism and surprise among motorists about the new technologies that could be coming to their local showroom, such as parking assistance, collision mitigation systems, and lane-departure warning and lane-keeping assist. However, through use and refinement, these partially automated driving aids are now a trusted part of the safe driving experience.

Will future generations say the same about self-driving?

Although many of these innovations were initially met with skepticism or fear, their benefits – improved safety, convenience, reduced costs, and more – made a powerful case for adoption.

Through decades of innovation, automation has reimagined how we move, work, and live, empowering us to be safer, efficient, and more productive.

Fully self-driving technology could improve road safety and offer new mobility options to millions of people while saving thousands of lives now lost to crashes every year. Over the last decade, Waymo’s vehicles have self-driven more than 20 million miles on public roads across 25 cities.

To begin familiarizing yourself with autonomous vehicle technology, read Let's Talk Self-Driving's top safety questions or take a deep dive into our resources.

At Let’s Talk Autonomous Driving, we celebrate the innovations that create new paths forward for transportation. During Black History Month, we are highlighting a few Black American inventors, visionaries, and engineers who played an important role in transforming the transportation industry. 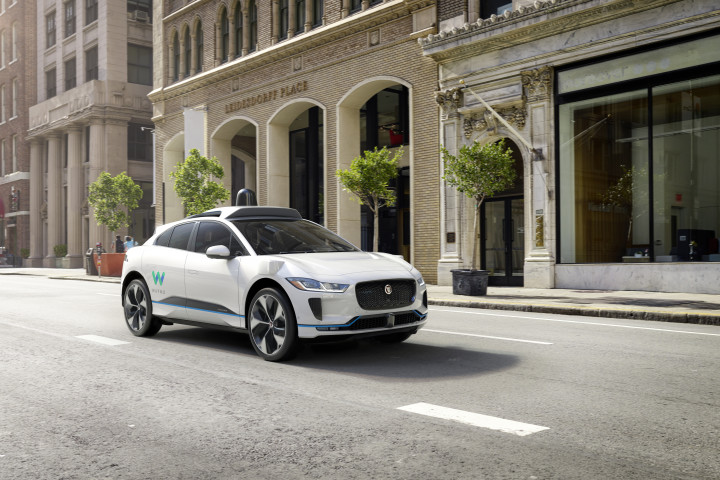 Your Top Questions About Autonomous Vehicles and the Future, Answered

How will autonomous driving technology shape how we live and move? What are the potential future benefits? We’ve compiled the answers to the top questions you have about what the future holds for autonomous vehicles and technology.