A Waymo vehicle in Metro Phoenix.

For many of us, driving can be one of the most stressful things we do in our day. Evidence suggests that sitting in traffic can harm a person’s psychological well-being. While there aren’t as many of us sitting in traffic jams these days, the onset of COVID-19 has added yet another level of stress to our roads in the form of increased speeding and crashes.

As agencies such as the Centers for Disease Control and other groups accelerate the conversation around mental health during the pandemic, it’s worthwhile considering how fully autonomous vehicles may have the potential to reduce stress on our roads and in our lives.

The potential benefits of autonomous vehicles as they relate to reducing stress, road rage, and reckless driving are numerous.

First, the obvious: fully autonomous vehicles could eliminate the need for humans to sit behind the wheel. Passengers wouldn’t have to deal with navigating traffic, worry about other drivers, or constantly be aware of their surroundings. The car’s technology is designed to do all of this for them, so passengers can sit back and enjoy the ride, focus on work, or connect with other riders.

Fully autonomous vehicles are designed to be vigilant of the environment around them. They use a host of sensors that allow them to see 360 degrees and recognize pedestrians, cyclists, other cars, and objects, and even predict what they might do next.

For example, Waymo’s autonomous vehicles navigate areas where its vehicles operate using detailed area maps that include information related to the location of traffic lights, streets signs, lengths of crosswalks and more. This information provides reference points that allow fully autonomous vehicles to better understand traffic and driving conditions, which could lead to safer transportation and less congestion, particularly in urban areas.

Finally, autonomous vehicles never drive drunk or get distracted. Research from the U.S. Department of Transportation shows that more than 36,000 people were killed in roadway crashes in 2018. Of those fatalities, 10,511 were caused by drunk drivers and 3,000 were caused by distracted drivers. Fully autonomous vehicles don’t drink or text. They don’t become distracted by phone calls or adjusting a dashboard entertainment or navigation system. Because they are fully autonomous, they have the potential to significantly reduce these tragic traffic statistics. Greater safety on our roads could mean less stress for everyone, especially when passengers are free to sit back and relax while the car drives itself.

The chance to kick stress, congestion, and crashes to the curb

Over the next few months, traffic will likely continue to increase as shelter-in-place orders are lifted and cities reopen. More traffic could increase already heightened stress levels, and some cities are already witnessing this alarming trend.

While autonomous vehicles are not yet here on a large scale or in most cities, we can begin to imagine how this technology might curb this trend. 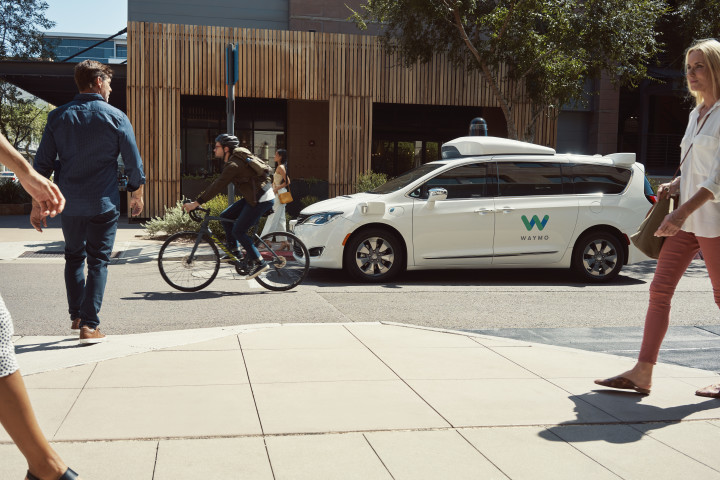