Many of us take the ease of driving for granted; we simply hop in our vehicles and drive wherever we want to go, rarely thinking about the freedom this privilege provides.

Unfortunately, it’s not that easy for millions of Americans who have travel-limiting disabilities. The American Association of People with Disabilities (AAPD) has long advocated for better and more accessible transportation for these individuals.

As part of AAPD’s ongoing effort and in commemoration of the 30th anniversary of the Americans with Disabilities Act, the organization released the results of its first Automobile Accessibility Scorecard, which tracks the progress automotive companies are making toward the design and production of accessible vehicles.

Through a series of questions addressing a wide range of efforts, the scorecard assessed automobile manufacturers’ engagement with people with disabilities and the development status of accessible light duty passenger vehicles.

The status quo of vehicle accessibility is less than ideal

According to the We Will Ride coalition, of which the AAPD is a member, no vehicle manufacturer focuses on accessibility as a core part of the user experience, and there are no purpose-built light duty vehicles designed to accommodate wheelchairs.

AAPD estimates there are 18.5 million travel-limited individuals in the U.S., of which 5.7 million are wheelchair-using, and, of those, 1.4 million use a motorized wheelchair.

“Accessible transportation is a cornerstone of participation in today’s society, and present options are failing us,” members of We Will Ride wrote in an open letter to automobile manufacturers urging them to prioritize accessibility.

While the AAPD reported that the COVID-19 pandemic has affected the speed of accessibility research and development, automakers have continued to make positive strides toward greater accessibility in 2020. They’re broadening the scope of their outreach and having more conversations with disability groups, involving them in designs and testing. Many are also forming internal groups dedicated to accessibility.

Autonomous vehicles (AVs) were cited as key to the effort to provide more transportation options for people with disabilities. According to AAPD’s press release about the scorecard:

This year’s inaugural progress report found that, although industry has not yet reached the point of significant design or production progress, multiple major auto manufacturing companies working on AVs are already tackling the challenges associated with accessible design and are expanding their disability outreach programs as they work on these problems.

Indeed, the AAPD has long touted a universal design for AVs as a core part of its position on transportation.

Next up: addressing common barriers to accessibility

Per the AAPD’s analysis of its progress report, the next step for automakers is to identify and address common barriers to producing accessible autonomous vehicles and to work with industry stakeholders to collaboratively address these challenges, many of which were highlighted in a 2019 analysis by the Alliance of Automobile Manufacturers (AAM). The AAM report listed a number of ongoing needs, along with specific recommendations on how to address those needs and increase accessibility for autonomous vehicles. 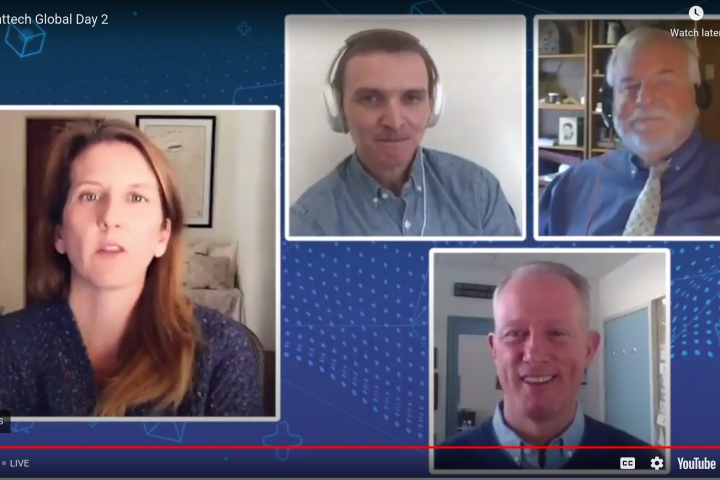